Multimedia are the various merchandise that was released during Phantasy Star Portable 2 Infinity's "official service". Examples include various art and guide books, along with the official soundtrack collections that were released for sale.

Here, we endeavour to preserve and provide as much of them as possible. Please see below to see what we have in our possession currently. 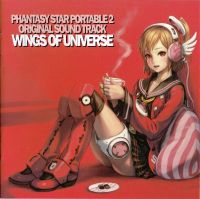 Phantasy Star Portable 2 Infinity has a rich soundtrack, featuring music from many different Phantasy Star games. You may find the official soundtracks of the games that this music originates from above, and listen to them or download them. 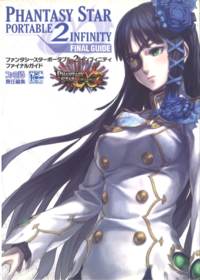 Many guide and art books were released, showcasing various concept arts, in-game strategies and mechanics, among more. You may view and download the various scans that we have in our possession.