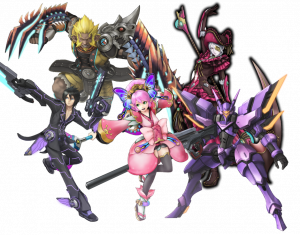 Every race in the Gurhal system.

Races are the five different sentient species that make up the population of the Gurhal System in Phantasy Star Portable 2 Infinity. Each race can be chosen for the player character, and each race has different strengths and weaknesses, which lend themselves to certain Types, playstyles, missions or player proficiency. A character's race cannot be changed once created, so players should be mindful of their race choice.

Each race also has their own history and story throughout the Phantasy Star Universe series.

Below are excerpts regarding each race, and a summary of their strengths and weaknesses. For more in-depth information on these differences, please see: 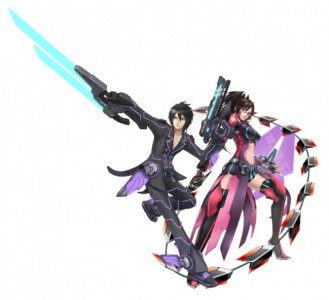 Creators of all other Gurhal races. Well-blanced and adept at all styles of combat.
Special Ability: Mirage Blast to summon a monster at LV 10+.
- In-game description

Humans are the original race of Gurhal, and the most populous. They are the creator of all the other races (except Deumans), though hold no dominion over any of the celestial bodies in the Gurhal System. They have no distinguishable features in comparison to the other races. In Phantasy Star Portable 2 Infinity, they are rebalanced to possess the highest defensive stats of all races, having the highest DEF, MND and STA. Their other stats are mediocre, but they are able to use any Type of their choice relatively well, though will not be as good at dealing damage as a specialised setup. Due to this, they are well suited for beginner players.

From LV10 onwards, they obtain usage of Mirage Blasts as their Blast Type, which are ancient monsters summoned from the knowledge of the Ancients' Codeces. Humans have access to 5 different Mirage Blasts, each suiting a different purpose and element. They all deal TEC damage, and are equipped in a module slot.

Humans are the only race which have access to the Dark Mirage Blast, which speeds up all of the user's attack animations for a limited time. 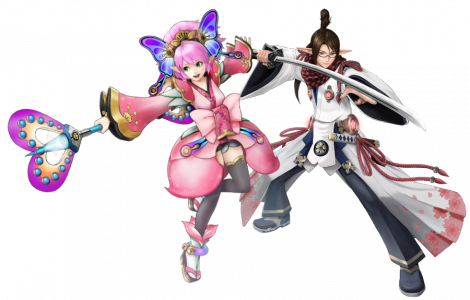 A new "superior" race created on Neudaiz. Their high TEC and MND gives them an edge with Technics.
Special Ability: Mirage Blast to summon a monster at LV 10.
- In-game description

Newmans are a race created by the humans through attempts at altering the human genome, and reside primarily on the planet Neudaiz. They possess higher memory, reflexes and analytical ability to humans, but have a frail stature and low physical prowess. They are distinguishable by their pointed ears. Newmans possess the highest technic related stats, but have amongst the lowest physical stats, making them more suited towards the Ranger and Force classes.

From LV10 onwards, they obtain usage of Mirage Blasts as their Blast Type, which are ancient monsters summoned from the knowledge of the Ancients' Codeces. Newmans have access to 5 different Mirage Blasts, each suiting a different purpose and element. They all deal TEC damage, and are equipped in a module slot. 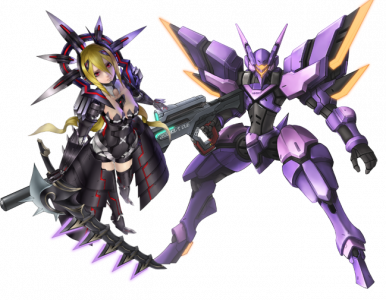 Casts are mechanical beings created by humans that were designed to work as their slaves, but now are free beings that rule over the planet Parum. They are distinguishable from their mechanical parts. They have higher than average physical stats than other races, along with the highest ACC, but are amongst the lowest for technic related stats. They are well-suited for all non-force classes.

From LV10 onwards, they obtain usage of SUV-weapons as their Blast Type, which are gigantic orbital weapons summoned for short-term use. There are over 15 different types of SUV-weapons with varying effects from concentrated fire, room-wide fire and buffing support. SUV-weapons are equipped in a module slot and deal ranged damage.

Due to their mechanical makeup, they cannot wear clothes like the other races, and must wear their own exclusive costumes, known as parts. 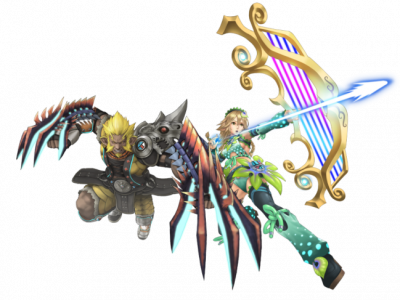 Beasts are a race created by humans to be able to withstand the harsh climate of Moatoob and work as their slaves, but now live free, primarily resident on Moatoob. They have extremely high physical prowess. They are distinguisable by their animal-inspired ears. Beasts have high physical stats, sporting the highest HP and ATK, but have the lowest ACC, and amongst the lowest TEC, MND and PP. Due to this, they are mostly suited as Hunters.

From LV10 onwards, Beasts obtain usage of Nanoblasts as their Blast Type, gigantic beast transformations which temporarily turn them into an anthromorphic animal with heighted physical prowess. There are 6 different types of Nano Blasts, all featuring different attacks and stats, along with a special, rare berserk mode which is even stronger, but may also damage other players.

Nanoblasts are equipped through a blast badge, which is tattoo'd onto the Beast at the salon, meaning a module slot is freed up for more module flexibility. 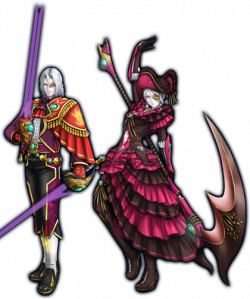 A new race born from humans with a mutated genetic composition. They excel in all forms of combat.
Special Ability: Usage of Infinity Blasts based on TYpe at LV 10+.
- In-game description

Deumans are a new race introduced in Phantasy Star Portable 2 Infinity. They are a brand new race, birthed shortly after the events of Episode 1. They are humans who have contracted the SEED virus after the administration of the SEED vaccine, and have undergone genetic mutations to their bodies as a result. Deumans possess very high attack stats, but have the lowest defensive stats and PP regeneration. Due to this, they are well suited to any Type, but are only recommended for advanced players.

From LV10 onwards, they obtain usage of Infinity Blasts as their Blast Type, which heighten the Deuman's power in both offense and movement. However, unlike all other blast types, Deumans are not invincible and are also unable to use any items.

Infinity Blasts are based on Type, and are always available providing the character is LV10 or above. This makes Deumans suited for Challenge Missions, as they will always have a blast of their choice available, and also allows greater module flexibility in all missions.