Stuff in missions that player can interact with 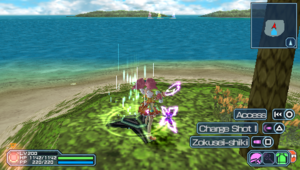 By standing on the Teleporter and pressing Circle, the player will be automatically moved to a pre-determined location.

In Story Mode, any NPCs in the party will also be automatically moved to that location, regardless of where they originally were.

In Multi Mode, using the Teleporter will only move the player that accessed it. If the player is the host, then any NPCs in the party will move with them. 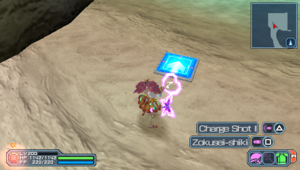 By stepping on the Catapult, the player will be automatically moved to a pre-determined location.

NPCs are unaffected by Catapults. 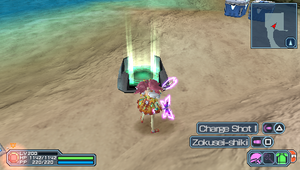 Upon contact with the player, instantly fully restores player's HP.

NPCs can also fully restore their HP by staying in contact with the device for a few seconds.

These devices commonly appear in in the final block of Open Missions or Story Missions that features Boss creatures.