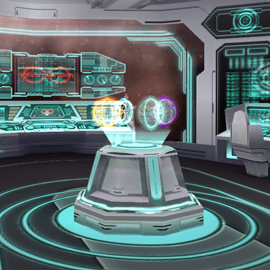 Missions are the various assignments that players can go on to earn experience and items. There are many different types of missions, each having differing objectives and requirements, and reward the player with different rewards accordingly. Each mission is split up into various difficulty ranks, meaning every mission gets increasingly harder, with appropriately better rewards.

Each mission has up to 5 different ranks available, ranging from the lowest at

, to the highest at

Depending on the mission rank as well, a certain character level is required to access the mission. In general, the following requirements and enemy levels are followed:

However, this is not a strict rule, as many missions have lower/higher requirements, along with different level creatures.

At the end of every mission, a mission clear screen is displayed which outlines the player's performance and grants them a score ranging from 0 to 1,000 points. Depending on the score achieved, a certain rank will be obtained, with higher ranks granting more meseta, Type Points and chance for an item rewards. If playing with partner characters, there is also a chance of them granting the player an item if S Rank is achieved, with the item depending on the character taken.

Performance can be judged on many factors, such as creatures killed, time taken, traps activated, times returned to Clad 6, and more.

The general points required for each rank are as follows:

However, this is not a hard rule, as many missions have different thresholds.